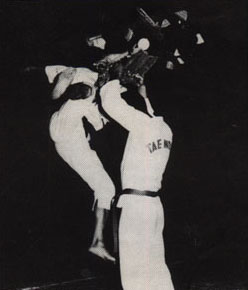 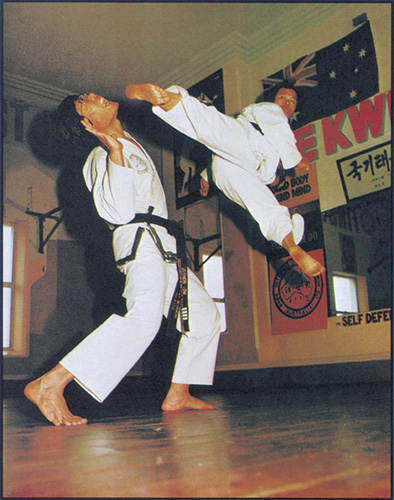 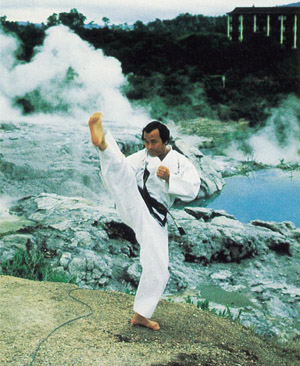 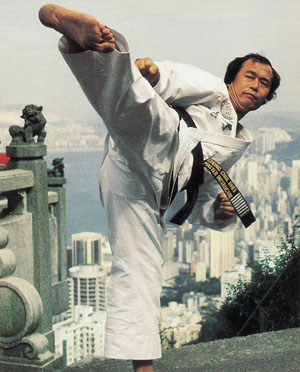 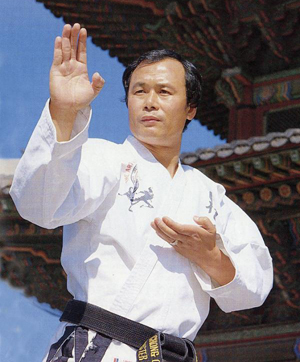 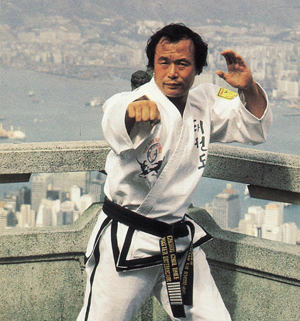 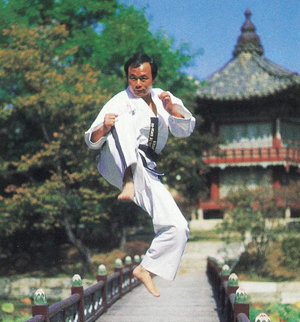 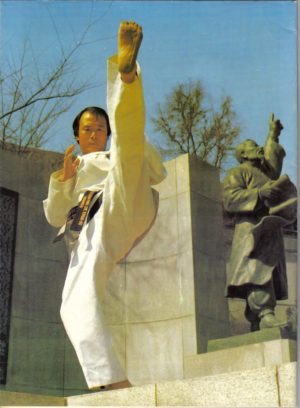 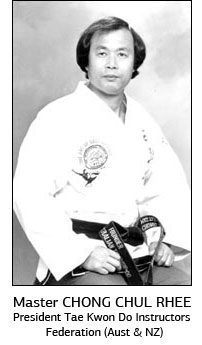 World Master RHEE acquired vast international experience before coming to Australia. He was leading instructor of the Korean Marines, Police Force, students at universities, colleges, and members of the public.

World Master RHEE developed and taught special unarmed combat methods to the Marine Commandos, the elite Commandos underwater demolition team, Marine Brigade Headquarters, and Marine 2nd Infantry Division. (The Korean Marines earned a reputation as the worlds most feared and courages troops. Nicknamed “The Demon Hunter Marines”, they were easily recognized on the battlefields and were the most disciplined, daring and highly efficient elite of the armed forces).

Since introducing the Art of Taekwondo in Australia, World Master CHONG CHUL RHEE has led hundreds of demonstrations throughout the nation. He has demonstrated to the Art at universities, colleges, Air Force bases, Army and Police Academies, and to the public.

He has been featured in countless newspaper and magazine articles and brought the spectacular Art of RHEE Taekwondo to millions of television viewers.

Through unending hard work and perseverance World Mater CHONG CHUL RHEE has established a very strong foundation for the Art of RHEE Taekwondo with the assistance of a large network of dedicated black belt Instructors.